My formation as a cinematographer began at art school where I studied Visual Communication. I grew in many areas of visual art from photography to to typography to screen printing but I quickly felt the pull towards the camera.

After leaving art school I began shooting small music videos and video projects, traveling the world. My venture in drama began when I was invited to be the cinematographer on a film called Shelved Memories, a film about the siege of Sarajevo (director Dr. Reina Loader). The film told personal stories from both sides of the war. The script was constructed from interviews with soldiers & civilians who were both victims in the conflict. Not long after I shot my first broadcast commercial and soon found myself in New Zealand on the set of The Insatiable Moon shooting as 2nd Unit director of photography. The movie was a dream project, independent, authentic and powerful. It won several gongs at the 2011 Aotearoa Film & Television Awards in New Zealand.

One of my wackiest projects to date remains The Quickener. A medieval hip-hop film about the black death and a sculptor who crafts stone with a spiritual force. I was cinematographer for director Joel Wilson.

My collaboration with Reina took me on her next adventure, HORN, a documentary-drama following a young man from Johannesburg as he sought a more meaningful life, joining an anti-poaching force in the South African bush. The film reveals much of the beauty of the country but also its deep injustices. The project won conservation and film awards.

In 2016 Henry Scriven and I collaborated for another project, THE FOX staring Himesh Patel. The film scooped a couple of awards.

As a cinematographer and film lover, I continue to develop my craft, I am a mentor and mentee, I study constantly and have spent time in class with Christian Berger DoP & Barry Ackroyd DoP.

I'm a Director of Photography & cinematographer based in London.

“Make visible what, without you, might perhaps never have been seen.” 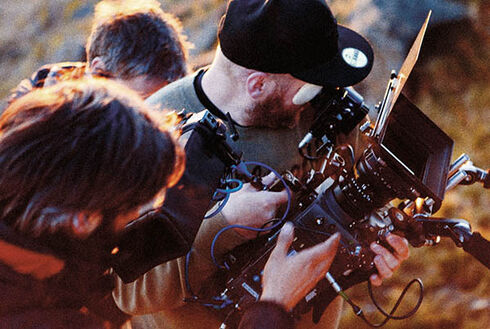